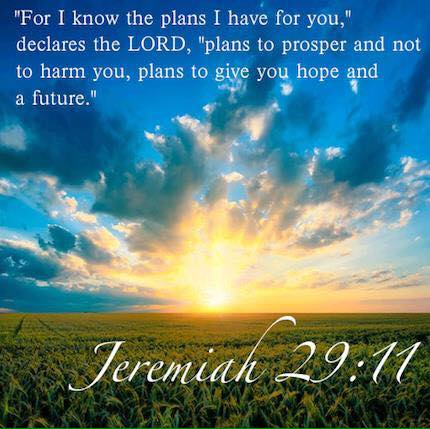 I am starting off 2019 with this verse to represent January. I am making myself pick a verse per month to represent my current situation. January has been a pretty decent month and some major things have happened. I have also come up with a painting project that I am super excited to get started on. 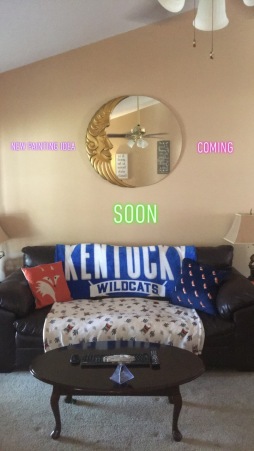 My husband, Jonathan, started his new career today and I am so proud of him. He deserves this position and I really hope they see what I see in him. He also went to the doctor’s and has been taking care of himself making sure his health is in a better state.

Yesterday I started  the P31, It’s Not Supposed To Be This Way Bible Study and even though I’ve only read through the introduction, I am already loving it. I see great things coming out of this study and a phenomenal 100,000 ladies signed up for this event. What a great turn out. I am so blessed to be apart of this record breaking group and so happy that I’ve got a great Study group. Victoria, the handler of Chronically Hopeful 2014, https://chronicallyhopeful2014.wordpress.com/, (You should check her out, she’s wonderful in so many ways) is my group leader for this study. I am so blessed and honored to be back in her group for this one, it’s going to be a doozy!

So it’s the year of the Pig. In Chinese culture, they are the symbol of wealth. Their chubby faces and big ears are signs of fortune as well. I have always been fascinated in the Chinese Zodiac and Astrology as only in good fun.

My husband plays the Lotto every week, because in his words, “You can’t win unless you play.” Keep dreaming those dreams baby, maybe one day. He very rarely does he play a scratch off ticket, but he decided the other day to go after a $5.00 one. Big money spender right there! Later on that evening he remembered he bought the ticket and brought it over to the coffee table and decided, better now than never. When we scratch, we reveal the amounts first, then the numbers we need to win, then the numbers themselves, so it’s a surprise. He scratched the first row of amounts and each one said $10.00, the next row, all the same, the third row, all the same except a $40.00 reveal. He proceeded to give me a “Woo!” and a very hard high five and we ended up winning $150.00. That’s big for us, that never happens. It felt pretty good to be 150 richer than our poor behinds already were.

The next day we were leaving to take Eddie back to the park. That made about 6-7 days in a row and we figured one last big “Hoo-Rah!” at the playground. We walked out front and low and behold, even though the wind was whipping us pretty intensely in the face, a $20.00 bill was sitting in the grass right next to the sidewalk. I picked it up and handed it to Jonathan and said, “Year of the Pig baby!” He just chuckled and gave me a hug and tucked it away in his jean pocket. We ended up buying the remote control Batman Tank down the clearance aisle of WalMart. We saw it the day before and thought, man Eddie would love that! We had to hide and distract his little eyes away from it because that would have caused all sorts of a tantrum, which we avoided. Well, it was fortunate for Eddie, we found just enough to buy the Bat Tank for him and he kept giving me kisses and hugs around the neck. It was so sweet and it was definitely money well spent, he is attached to it like a tick to a coon hound.

I guess God really wants Jonathan to be right where he is because I just got called with some good news. The receiving manager has been a no call, no show for two days now and the Warehouse manager asked him if he was interested in becoming the new receiving manager. Holy cow, I’m in a moment of shock. He has done receiving for 10 plus years with the other company he was with, but never as a manager of that department, just of the liquor store. I am elated. God is so good. He has now two possible positions to be in and it doesn’t dock his pay one bit if he chooses one over the other. Astonishing being somewhere at the right place and time!

Keep this Book of the Law always on your lips; meditate on it day and night, so that you may be careful to do everything written in it. Then you will be prosperous and successful. – Joshua 1:8

Truer words have never been spoken.

I come to you as humbly as I know to ask for your watch over my husband as he starts his new career. Bless the roads he travels on and keep him safe and secure. Keep him full of your holy spirit and confidence as he meets his new co-workers and manager. Give him the strength and the words to be the best I always knew he could be. Please grant him the courage to take hold of whatever circumstances that may come his way to better not only himself, but our little family. Thank you for all you’ve placed before us.

In Your Name I Pray,

I’m a SAHM to my sweet red headed little Fox I call, Eddie. I’m married to my man child of a husband, Jonathan, whom I still dearly love. My goofy Husky companion, Rigby, he gets me... We all have our quirks and I’m here to tell you about the wonderful world of The Clarks. View all posts by foxtales0319